Cheap hotels in Rome near a metro station in the suburbs

Hotels in the suburbs of Rome can offer much better rates than hotels in Rome city centre.

Hotels in Rome city centre can be expensive, particularly in the peak visitor months when cheap hotels in Rome is a relative term.

Only a few miles away in the suburbs there are modern, comfortable hotels offering a more spacious environment often for a fraction of the cost.

The only downside of course is getting into the city centre every day. The answer is to find a cheap hotel within walking distance of a Metro Line, typically taking only fifteen-twenty minutes to go wherever you want to go in the centre of Rome.

See our selection of suburban hotels in Rome

Getting to central Rome when staying in the surburbs

The good news is that public transport in Rome is reliable, very comprehensive and doesn't shut down in the evening. It is also reasonably priced, especially if you purchase a Rome public transport pass.

Metro trains run approximately every 4-10 minutes, from 5.30am until 11.30pm every day (until 12.30am on Saturdays). So for the vast majority of people you are not restricted by hurrying to catch the last train of the day. The Rome Metro struggles to meet demand though; expect overcrowding, even at off-peak times.

A lot of the large global brands like Holiday Inn, Sheraton, Marriott and Crowne Plaza have their hotels also in the suburbs. These invariably are in spacious grounds with swimming pools and resort style facilities.

However if you are on a budget they can be very frustrating with restricted (if any) shuttles to the city centre or expensive taxis as the only way to get to the places you came all this way for. None are convenient really for using public transport.

Rome also has a small network of regional commuter trains that offer on most lines frequencies several times an hour. The main drawback with these is that unless you are in the southern suburbs all the trains loop around the edge of Rome to the junction at Tuscolana south of Rome before heading into the Central Rome Station, Termini.

Most of these lines will interchange with the Rome Metro as they loop around Rome. Unless you are a long way outside Rome, the Rome public transport passes will also cover these trains, though note both airports are not within coverage.

Our selection of surburban hotels in Rome near metro: 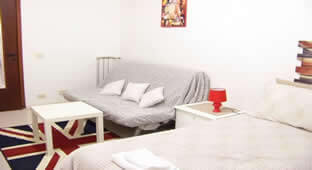 450m from Re di Roma. Featuring free Wi-Fi and an Italian breakfast. Each room is fitted with a private or shared bathroom with free toiletries. Most have a flat-screen TV. There is a shared kitchen at the property. Domus Aurea is 1.2 miles from the property, while Coliseum is 6 metro stops away. 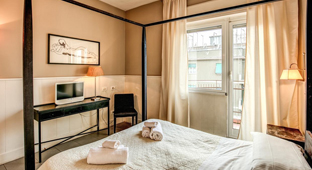 Situated on one of the capital’s longest shopping streets just 15 minutes’ Metro ride from Rome’s most famous sights. Offering a rooftop terrace and a free Wi-Fi throughout. Restaurant serves wood-fired pizzas. Breakfast buffet available (can be taken in your room). Vending machine for drinks and snacks. Bar, Bike rental, shuttle service. 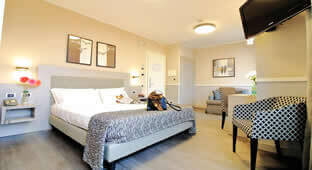 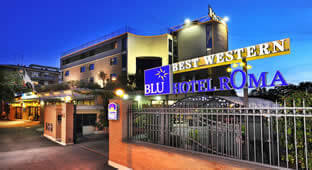 0.6 miles from Tiburtina Train and Metro Station the hotel offers a restaurant, a bar, and free Wi-Fi throughout. Air conditioned and soundproofed, rooms here feature a classic or contemporary décor, satellite flat-screen TV and a minibar. A sweet and savoury buffet-style breakfast is served daily. The restaurant specialises in local and classic Italian cuisine. 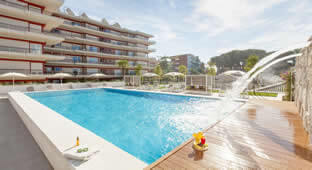 The Aparthotel has 105 air-conditioned apartments, ranging from studios for two people to two room apartments for four people, a meeting room, a breakfast room and a private garage. The Balduina Metro station is close by and provides easy access to the main tourist and business areas. Rooms with air conditioning, minibar, TV, Wi-Fi. 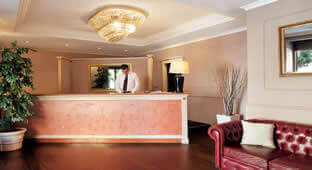 Located in a residential area, 100m from the Cornelia metro station (Line A). In a 10-min journey you can reach the Vatican and the historic centre. Rooms offer air conditioning, free Wi-Fi and satellite TV. Breakfast is a buffet of fresh cakes and pastries. The bar serves a range of refreshing wines, exotic cocktails and snacks. 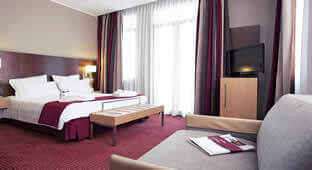 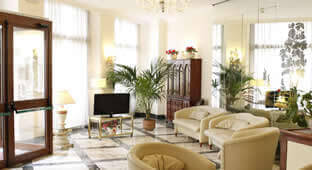 Located right next to Piazza Bologna Metro Station, three stops from Termini Train Station and five from the Colosseum. Air-conditioned rooms feature minibar and air conditioning. Offering a bar, a 24-hr reception and a TV room. Breakfast is buffet style and included in room rate. Free Wi-Fi in all areas. Room service. 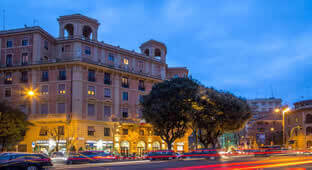 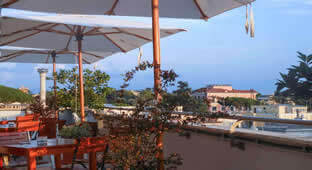 To the east of the city centre in a residential area. 10-mins by taxi or 15-mins on the Rome Metro to Termini, Colosseum etc. Soundproofed, air conditioned rooms with minibar, wooden floor, satellite TV, free Sky Movies and free Wi-Fi. There is a bar serving simple food, a fitness centre and sauna as well as private pay parking. 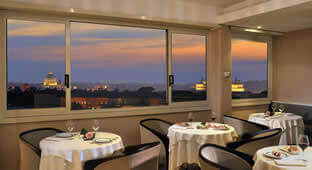 3 metro stops from Termini Station. The beautiful Basilica of San Giovanni in Laterano is just a 5-min walk away. Breakfast room with panoramic views across central Rome. Soundproofed rooms feature free Wi-Fi access and a large TV with 12 Mediaset Premium channels. Breakfast is buffet style. A number of rooms have a city-view balcony. 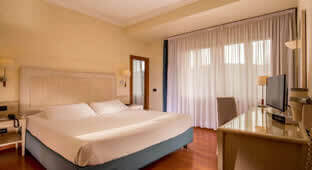 Other accommodation types in Rome