Cheap bed & breakfast hotels around Vatican City are readily found just outside the Vatican City walls, mostly to the North and East of St Peter's itself.

Conveniently the Rome Metro (Line A) runs through the heart of this hotel accommodation district, giving quick access to the rest of Rome as well as a typical five-ten minute walk to St Peter's or the Vatican Museums.

Nearly all the hotels that are near to the Vatican are in an area called the Prati District of Rome.

The Prati district is a middle-class suburb just north and north east of the Vatican.

It is popular with budget travellers because of its affordable small bed and breakfast accommodations.

There are numerous such small establishments in the area offering relatively cheap and good quality accommodation.

See our selection of budget hotels near the Vatican in Rome

The majority of B&B's in the Vatican area are just a handful of rooms and are family run. Rooms are comfortable, nearly always with air conditioning. Breakfast is invariably part of the deal and often can be served in your room. Many of these small B&B's will occupy one floor of a multi-storey building.

Although the area has a lot of these small properties, it has also got just as many standard three and four star hotels too. These are listed on a separate page for 3- and 4-star hotels near Vatican City.

The Prati area isn't the typical budget hotel district of a major city. It is a middle class area abounding in shopping streets less expensive than those found in central Rome.

The ancient city of Rome is walkable from the Vatican, although many buses are available. We have a delightful short walk from St Peter's Square to Piazza Navona opening up all the sights of Rome beyond.

Our selection of affordable hotels near the Vatican in Rome: 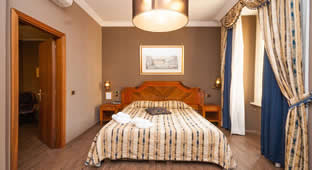 A 5-min walk from Ottaviano Metro Station and offering air-conditioned rooms in a historic building in Rome's Prati district, a short walk from the Vatican Museums. Massages are available and ther eis a garden to relax in. All rooms are soundproofed and feature a TV and free Wi-Fi. A continental breakfast is served (extra). 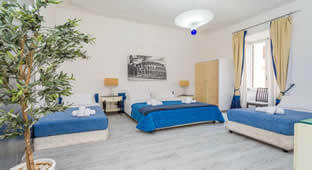 A 5-min walk from both Castel Sant'Angelo and Vatican City. The hotel offers a roof garden with panoramic views across Rome, and en suite air-conditioned rooms with free Wi-Fi and a TV. A sweet breakfast is served at the nearby café, savoury options are available at a discounted price. By foot Piazza Navona in around fifteen minutes. 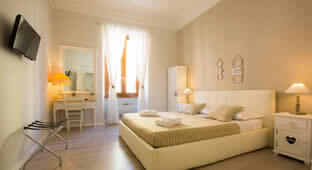 Offering air-conditioned rooms with free Wi-Fi. The property is 50m from the entrance to Vatican Museums. All rooms include a seating area, a safe, a flat-screen TV, while private bathrooms comprise a shower, a bidet and free toiletries. An Italian breakfast of pastries and cappuccino is provided daily. Free Nespresso coffee is available all day in communal area. 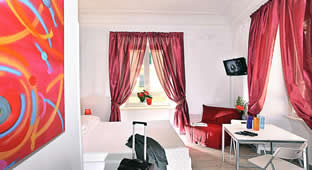 Set in the Prati neighbourhood of Rome, just a 5-min walk from Vatican. Offers bright guest rooms with free Wi-Fi, Sky TV, air conditioning, and an en-suite or shared bathroom. A sweet and savoury buffet is served daily in the small breakfast room (can be included). Common areas include a roof garden and TV lounge. Bike tours/ rental, airport shuttle (extra), 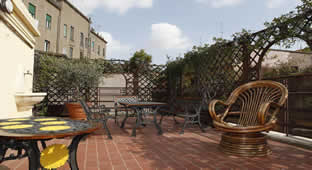 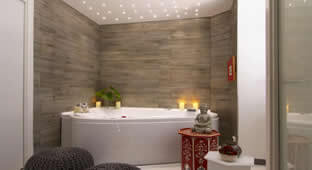 In Rome's elegant Prati area, in front of Ottaviano Metro Station, line A. You can walk to the Vatican in ten minutes. Rooms have unique decorations with TV offering Sky channels and free Wi-Fi. Breakfast included in the room rate is served directly in your room. Just a ten minute drive from Roma Stadio Olimpico and the Foro Italico. Airport shuttle (surcharge). 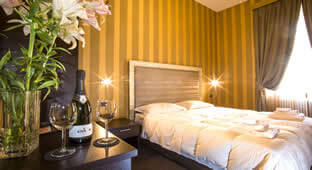 Comfortable bed and breakfast located near St. Peter's Square and the Vatican City, a few minutes from the majestic Vatican Museums. Air conditioned rooms with satellite TV, minibar, safe and free Wi-Fi. The private bathroom includes a hairdryer and free toiletries. An Italian breakfast of cappuccino or tea and a pastry is served in a nearby cafe'. 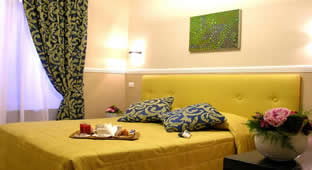 Be first in the queue for the Vatican Museum located just 50m away. All 5 rooms at Mocenigo Vatican Suites feature free Wi-Fi access, LCD satellite television and tea and coffee-making facilities. Italian breakfast of cappuccino, croissants and more, served directly in your room and included in the rate. Bike rental, airsport shuttle (surcharge). 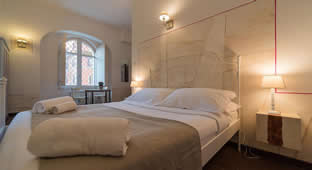 Located 100 metres from the Vatican Museums and a 10-min walk from Saint Peter's Square, this hotel features a terrace for relaxing on. It offers free Wi-Fi and elegant rooms. Each air-conditioned room has a flat-screen TV, tea and coffee maker and a private bathroom with hairdryer and free toiletries. An Italian-style buffet breakfast is included in price.


Top of the page

Other Vatican hotel options in Rome

Mid-range to luxury hotels near Vatican